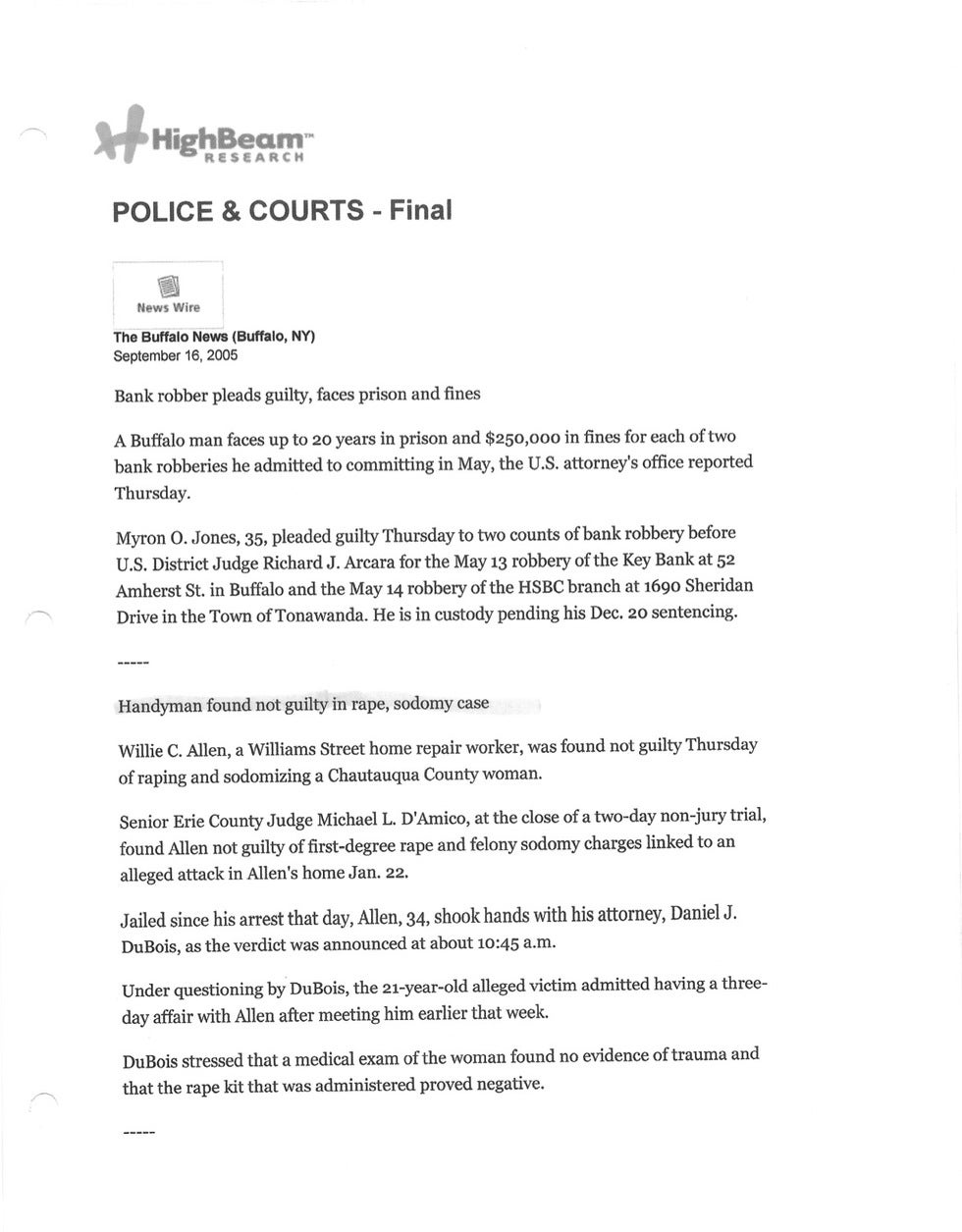 Each situation involving sexual violence is unique and deserves a critical look at the facts of the incident in question by an accomplished sexual assault defense attorney. Our client was accused of rape and sodomy, according to the charges related to an alleged attack in a home in Chautauqua County. After a two-day non-jury trial, our client was found not guilty of all the charges alleged.

DuBois stressed to the court the evidence of the case, including the medical examination of the alleged victim, which showed no evidence of trauma, as well as the sworn testimony of the plaintiff's affair with the defendant.

This line of questioning and fact-finding was made possible by investing time and resources to understand the client and the truths in their personal history. Having an accurate history of the client and the events that had brought them to this point, however private, is necessary to uncover the truth and justice.