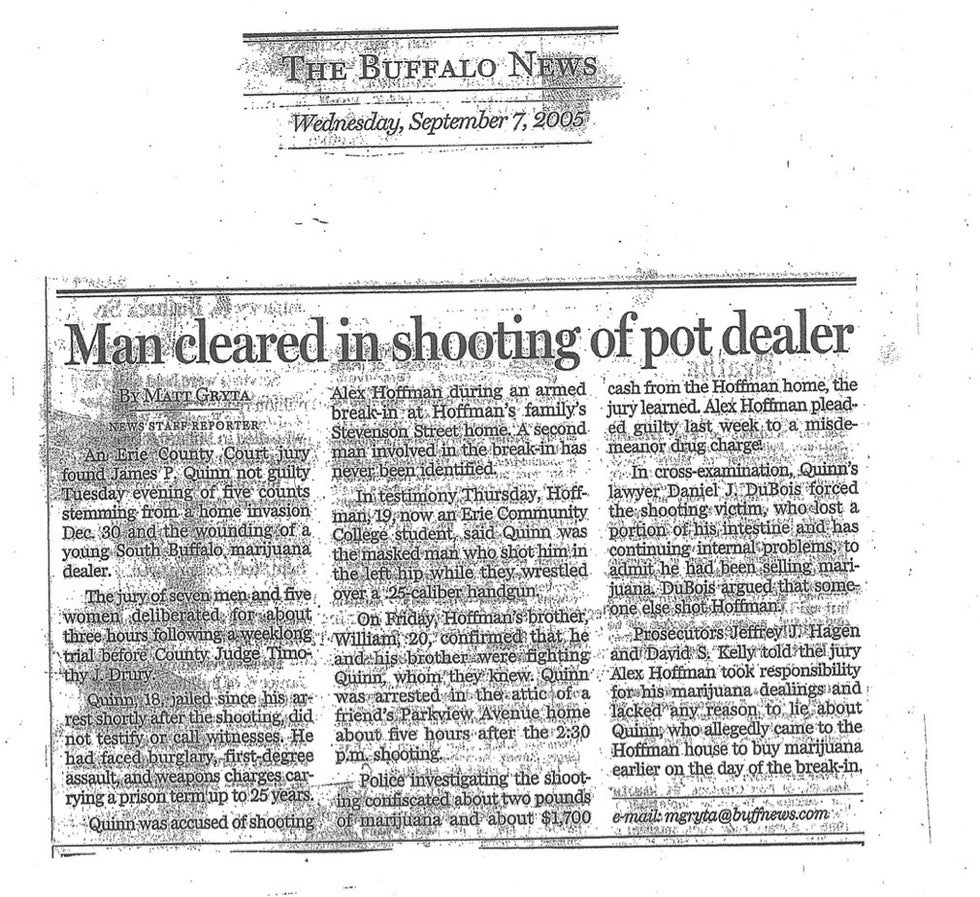 Our Client, an 18-year-old young-adult, faced charges of first-degree assault and weapons charges. Our client was accused of shooting someone during a home invasion. During testimony, the “victim” made claims as to who the masked assailant was that had broken into his home, as did the victim's family member. The evidence and detail that was necessary for the prosecution to make the assault claims legitimate was not possible. Defense counsel DuBois knew from the facts that the burden of proof was too heavy for the prosecution to prevail.

During cross-examination, the defense's council, Mr. DuBois, questioned the shooting victim on his possession and distribution of schedule-1 drugs and questioned the validity of the statement of the shooting victim. DuBois provided a poignant perspective and asked targeted questions to show the jury that the victim did not know who the person was that shot him. The jury acquitted our client of all five counts, finding our client not guilty.