On Monday, March 8, 2021 there was a hearing for one of the two men charged in the August homicide. A 5-hour state police interrogation was the subject of what is known as a County Court suppression hearing. Following the events of the alleged incidents that led to an arrest being made, several factors could affect the outcome of the case.

Read More: Rome Sentinel - One of two defendants in Oneida Castle killing seeks to have interrogation by troopers suppressed

In the events that led up to the arrest of our client, there were specific details withheld from our client during the interrogation.  One example, in this interrogation our client learned forward and made eye contact, then proceeded to answer questions. During the testimony of the State Police Inv. involved, Dan DuBois questioned whether that was legitimate approval. We noted that the client leaning forward is not the same as a nod. Investigators withheld key information from the client during the interrogation, and our client mentioned an attorney on roughly 2 occasions, in addition to make a phone call to their mother because she would want them to have an attorney. Despite these requests being made, and investigators determining that being enough of a request for counsel that they would stop the interrogation, though they asked a few more questions about the clients welfare, his mother, and the vehicle.

There are specific protocols that must be followed by all members of a case, on both sides. This case remains open, but following Monday's hearing the presiding Judge said he would decide at a later date whether or not to allow the interrogation interview to be used at trial. 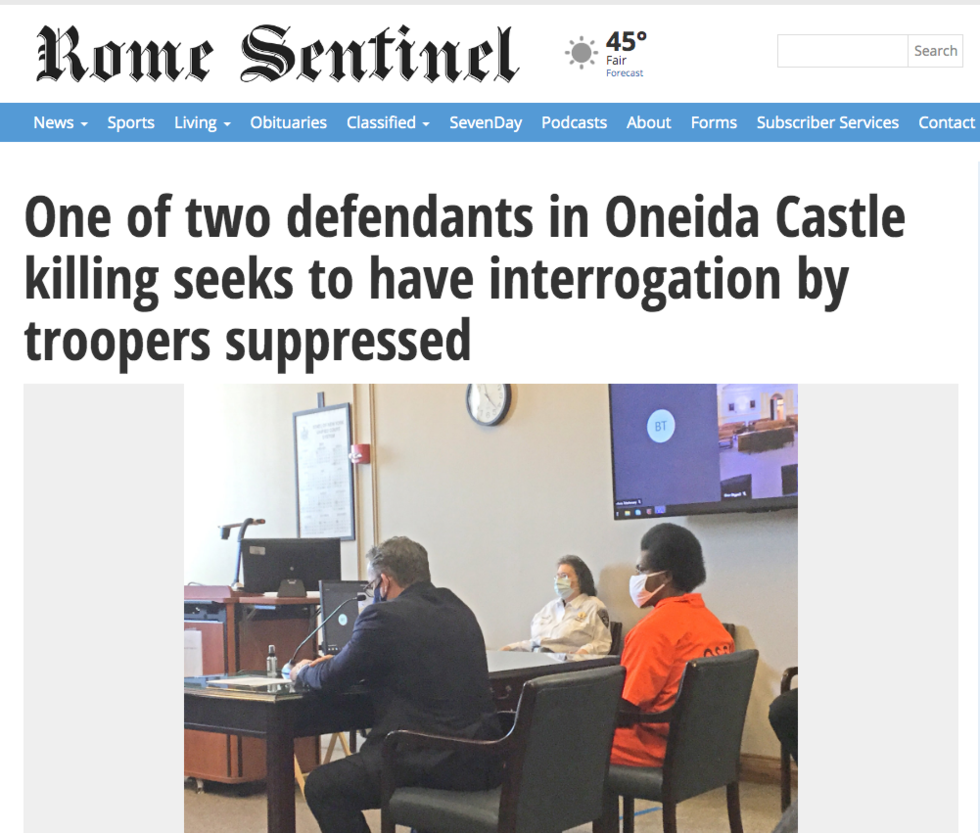