Gunman convicted of robbery, not murder 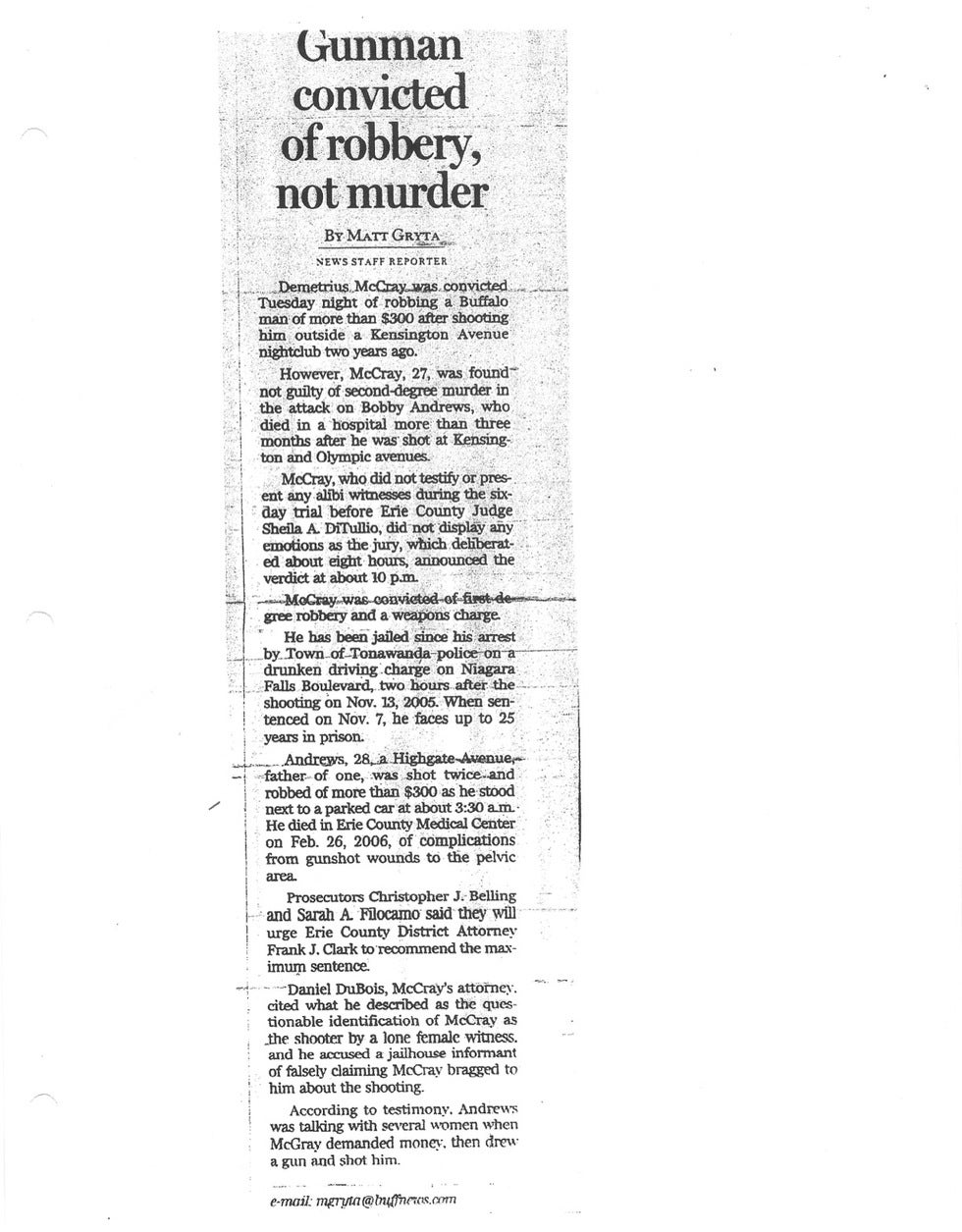 “Gunman Convicted of Robbery, Not Murder”

Our client was charged with second-degree murder after an attack that occurred outside of a Buffalo nightclub in the early morning hours. After an eight-hour deliberation by the jury, the defendant was found not guilty on the charge of second-degree murder, but guilty of first-degree robbery and weapons charges.

The murder charges against our client were hanging on the suspect identification by a lone witness. During the trial DuBois presented the witnesses account as questionable, pointing out to the jury the burden of truth that is necessary to convict the defendant of the charges filed. The supposed witness was talking with several people when the robbery occurred, which was before the murder occurred. These details in a case are crucial in providing the jury with the most complete information possible.

DuBois as well drew speculation on the supposed claims of bragging on the part of the defendant to a jailhouse informant, given the motivation of the informant to produce citable information to the case. These tactics proved useful in the jury's decision to find our client not guilty of second-degree murder.