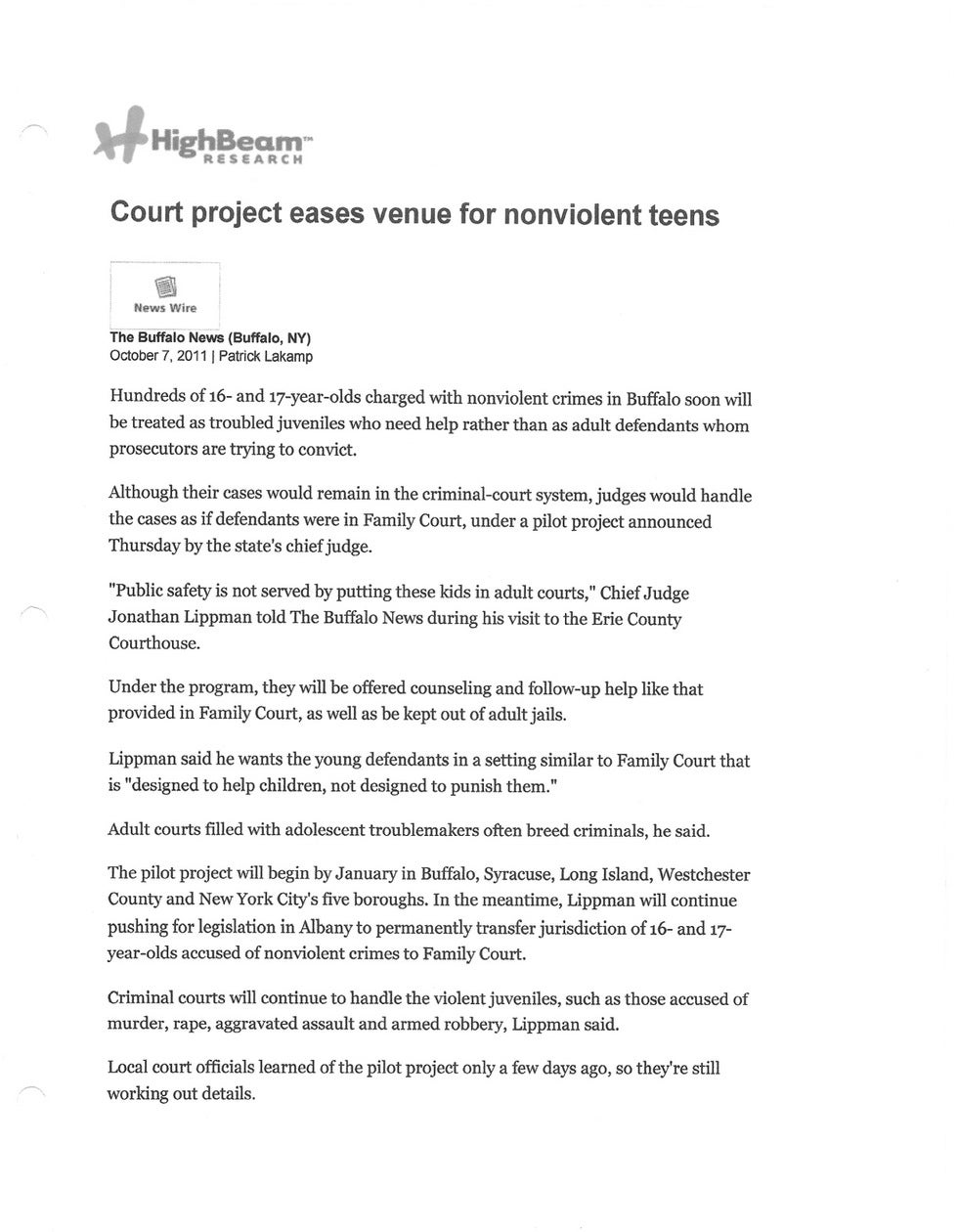 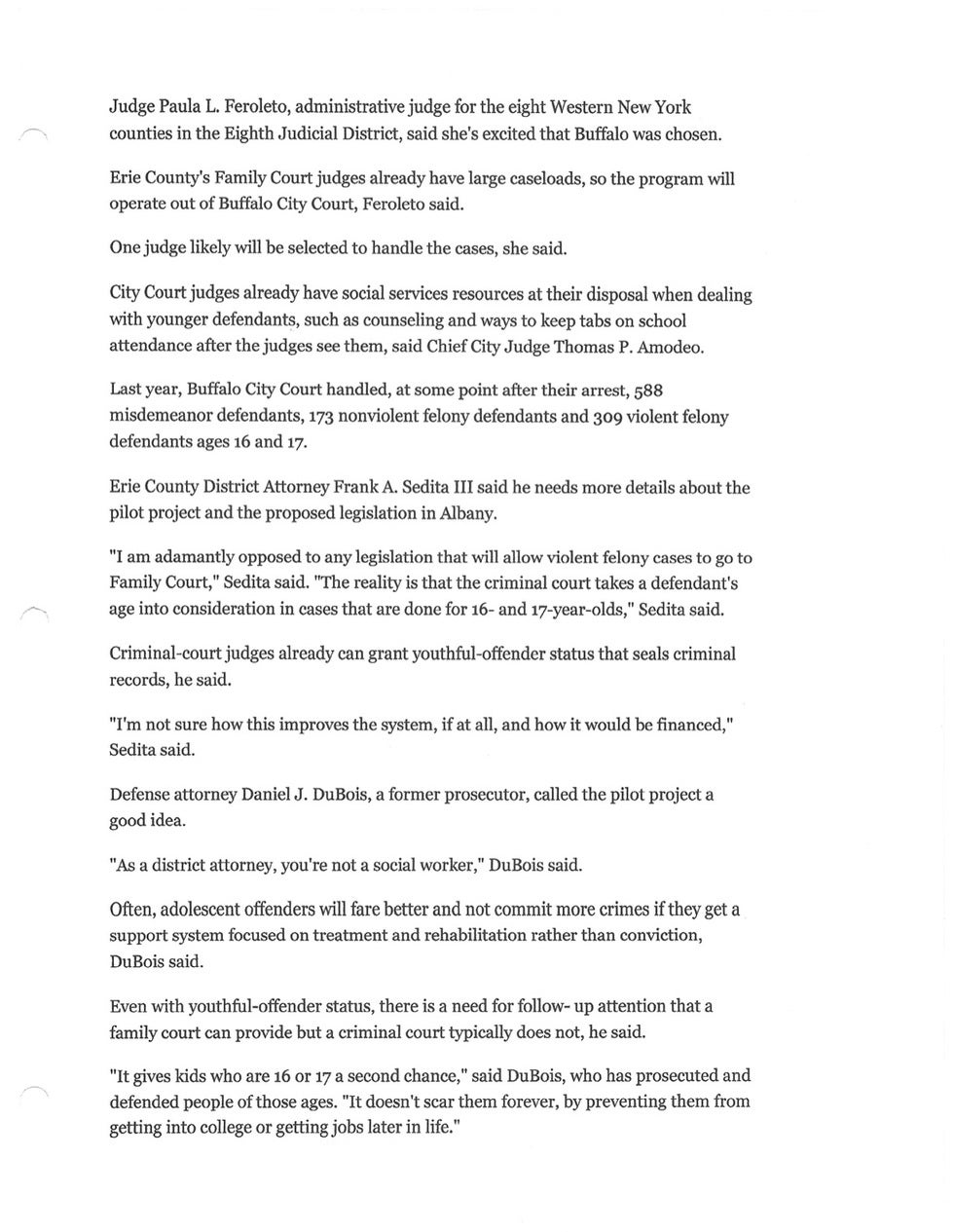 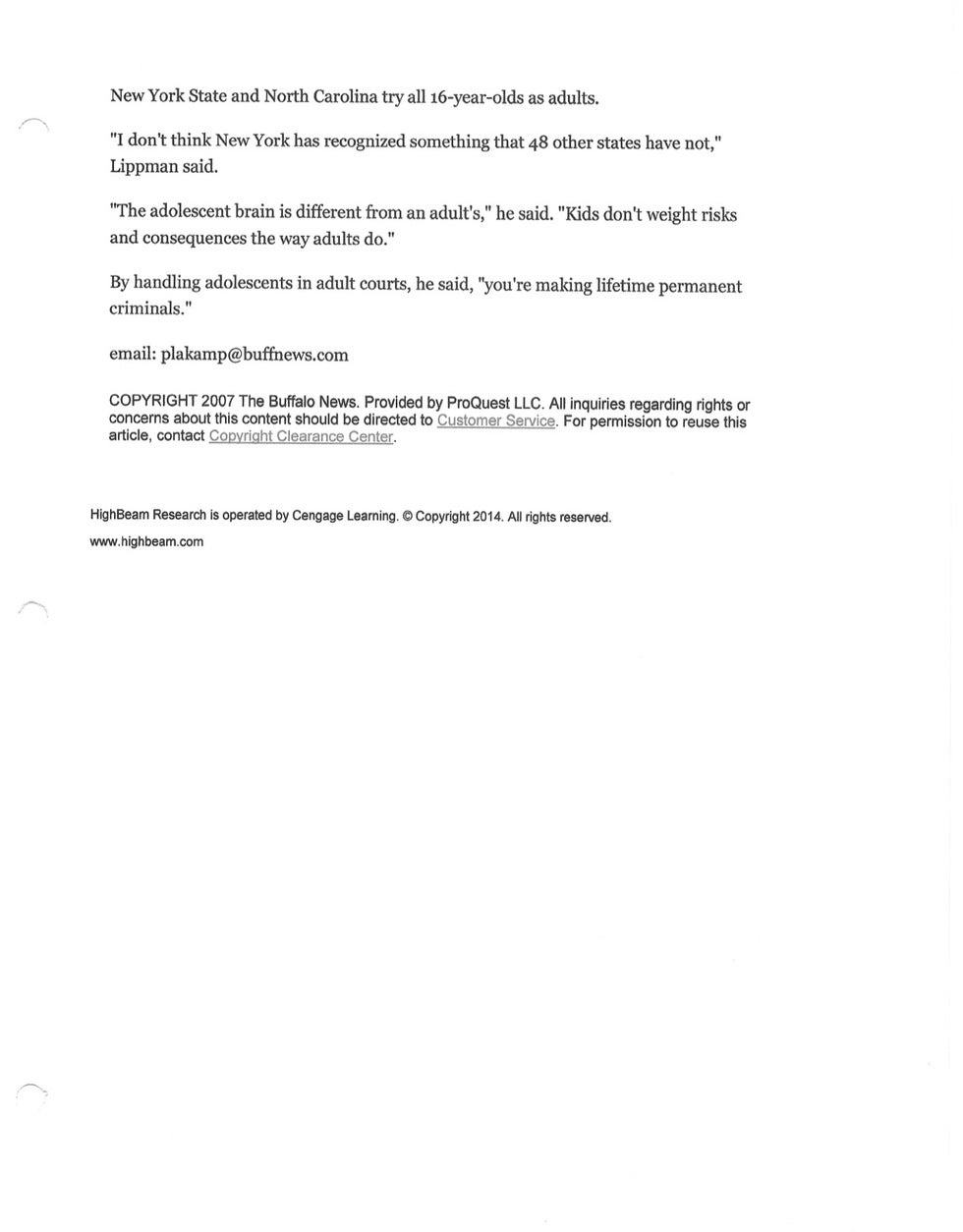 For an exceptionally long time in Buffalo NY, teenagers of 16-17 years of age have been tried in criminal courts as adults. High school sophomores and juniors, with nonviolent offenses have been tried by judges who sentence bank robbers and murderers. There needed to be a change in this system, seeing that 48 other states in the US did not try 16–17-year-old teens as adults for nonviolent crimes.

Chief Judge Jonathan Lippman, with the help of those around him, desired to change this policy, and became part of a pilot program to implement that change across the state of New York. The young offenders that match the criteria will be tried in family court and offered help, in lieu of harmful punishment.

Dan DuBois, having both defended and prosecuted adolescents of these ages was a proponent of these changes. According to DuBois through his experience in these cases, if the adolescent offenders are given a support system focused on treatment and rehabilitation to positively experience change, they are better off and will not return to crime.

DuBois believes that a second chance for these young offenders is critical, saying, “It doesn't scar them forever, by preventing them from getting into college or getting jobs later in life.”